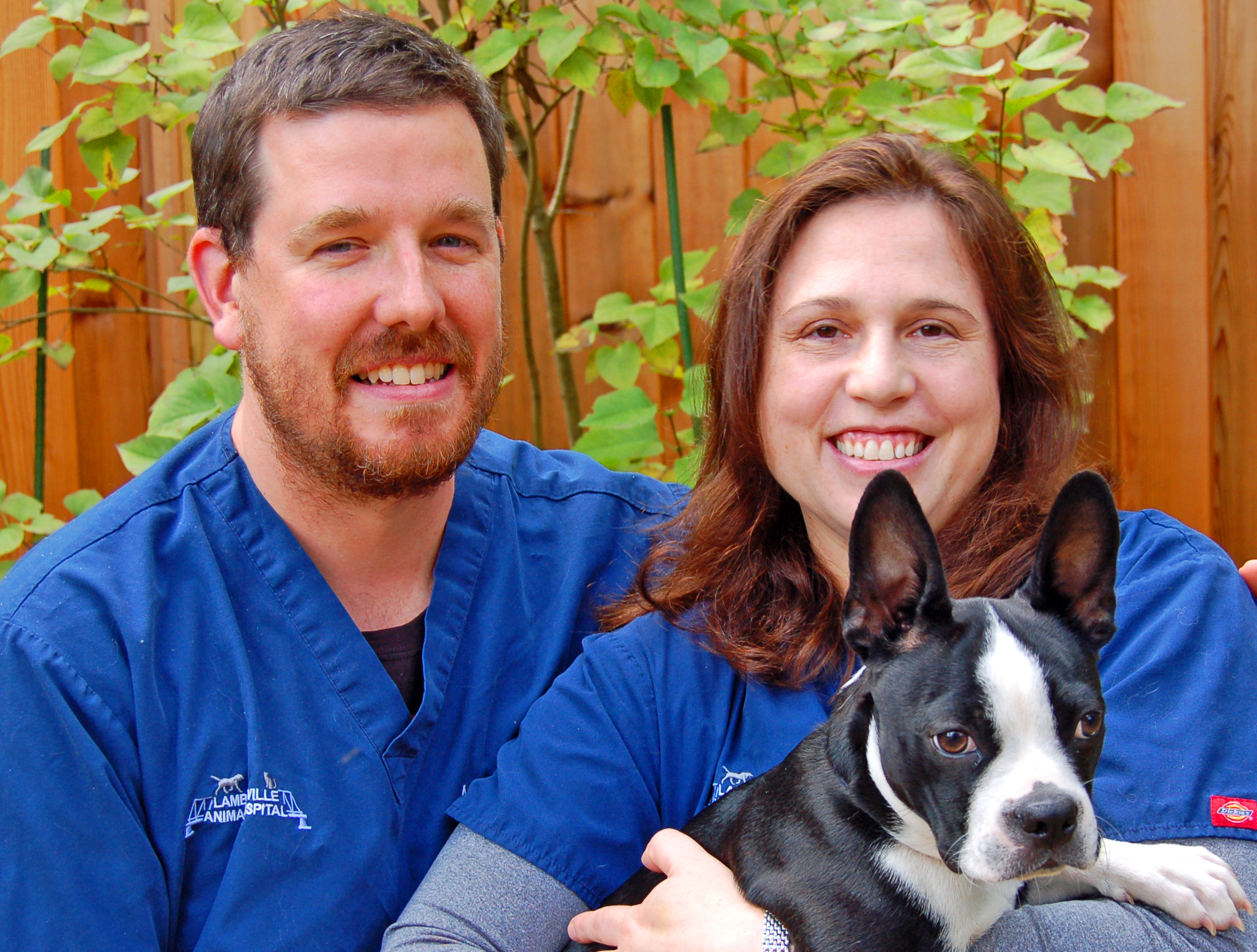 The Greendorfers attended high school together in Maplewood, NJ and were married in 1998.  They have two wonderful children, two dogs, and two cats.  They spend most of their free time with their kids and enjoy music, Rangers hockey, and reading. 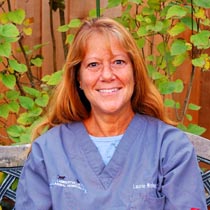 Laurie has been at LAH since January 1990 as a certified veterinary technician. She received her associate’s degree in veterinary technology from SUNY at Delhi and recently received her certification in Fear Free handling.  She lives in town where she and her husband raised four boys and a daughter who now are almost all grown up. Currently she shares their home with an 80 lb. Golden Doodle, Hayley, and one cat, Jinx. She enjoys her beach house in Florida, painting, reading and cooking.

Lauren has been working in the veterinary industry since 2010 and at LAH since 2015. Originally from Lancaster County, PA, Lauren earned her Masters of Science in medical illustration from the University of Illinois at Chicago. She and her husband live in Flemington with their dog (Emma), three cats (Charlie, Jack, and Quinn), and a horse (also Charlie – long story). Lauren currently splits her work time between writing and editing college-level STEM education materials and working at LAH as an assistant and receptionist.

Laura is originally from California and moved to the East Coast in 2003.  She was the Mobile Adoption Coordinator for the Pasadena Humane Society and drove a 28-foot RV, filled with animals and volunteers, to local adoption events.  In addition, she helped develop and ran the low-cost spay and neuter clinic, the TNR program, assisted in puppy training classes and hosted their cable television show “Pet Pals.”  She also worked at an emergency animal hospital as the assistant office manager.  Laura has an MFA in acting from American Conservatory Theater in San Francisco and has worked in both television and professional theater.  In her spare time Laura has been performing at local community theaters.  She lives in Lambertville with her husband, 4 cats (Noodle, Oscar, Periwinkle, and Samaje P. Shortcake) and Ruby, her never-a-dull-moment, red-headed Aussie. 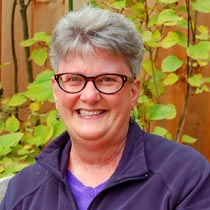 Cathy has been working with LAH since 2007.  Cathy and her husband Barry are lifelong residents of Lambertville. She has a grown son and daughter and one grandson. She is an avid golfer and enjoys sewing, crocheting, and reading. Cathy has no pets at this time, but enjoys spending time with her “grand-bird” Rosie. In the past she has shared her life with an Irish Wolfhound (Erin), Labrador Retriever (Mulligan), three cats (Misty, Buttercup and Suzanne) and one 18 year-old Goldfish (Goldie).

Steve was once a stray cat whose rescuer could not keep him.  He was brought to LAH because he could not move his limp tail and could not urinate normally.  Drs. Andrew and Jessica diagnosed a sacral avulsion – an injury where his dislocated tail pulled on the nerves controlling his bladder and prevented normal urination.  Dr. Andrew amputated his tail to relieve the pressure on his nerves and Steve is now back to normal.  Steve was given a chance to live in a new home, but hid in the basement until he was brought back to LAH, where he was overjoyed to see the doctors, staff, and Gus again.  Steve enjoys stealing Laura’s toast, lying on the doctors’ keyboards when they are trying to type, and scratching on the exam room doors during appointments. 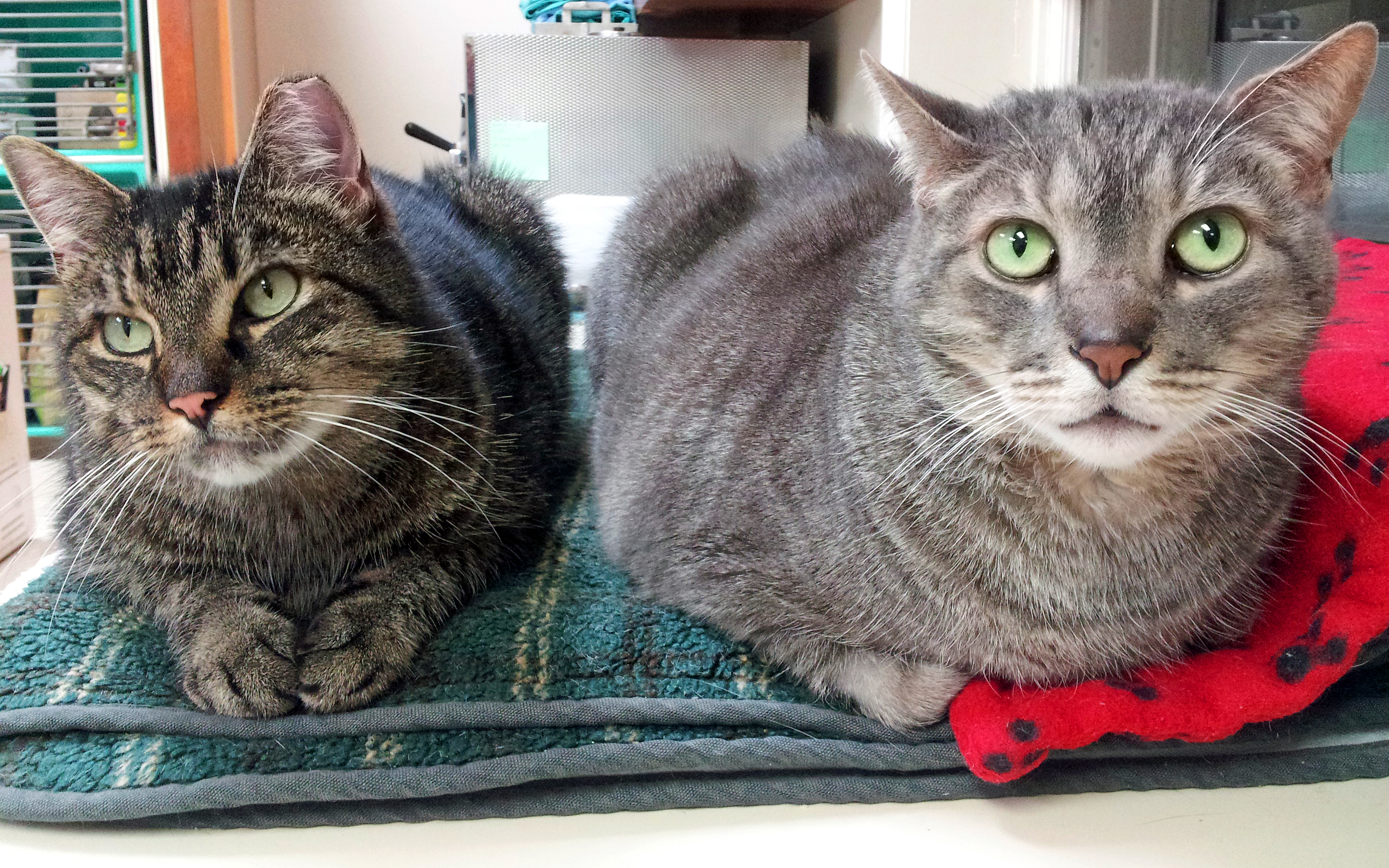 Gus is a handsome grey domestic shorthair who came to LAH in the winter of 2010.  He used to live in a home, but found the hustle and bustle of small children too stressful.  Gus is happier living at the hospital and spends most of his time in his custom-made window seat.  His hobbies include chasing a laser pointer, slow motion tag with Steve, and flirting with female cats (especially overweight ones) in the treatment area.  Gus has also been an overweight fellow, but started a strict diet in 2012.  He has lost more than 6 pounds and just has a little more weight to go to meet his goal.